Dogecoin – the history of the creation, development and prospects of cryptocurrency

Dogecoin (DOGE) – a joke that has become a popular cryptocurrency

Following the popularity of Bitcoin, many developers tried to create their own cryptocurrencies. Dogecoin (DOGE) developers did not look for money or fame – their coin was nothing more than a joke. They could not even dream that cryptocurrency would be universally recognized and become popular. But just such a fate was intended for a coin created on the basis of an Internet meme. 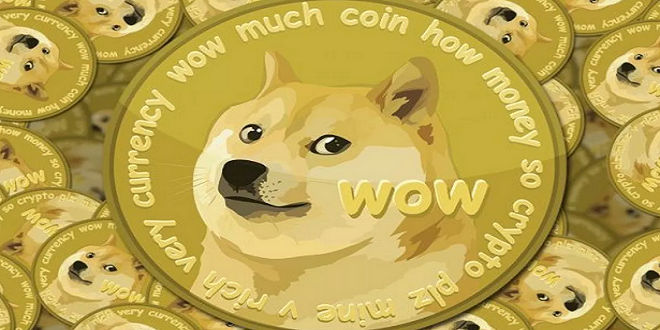 In 2013, Bitcoin has not yet gained widespread popularity, but course jumps drew attention to it. First of all, programmers appreciated the advantages of cryptocurrencies, some of them tried to do something similar themselves. One of these developers became Billy Marcus and Jackson Palmer. They decided to add a bit of humor to the serious world of cryptocurrencies, and the Internet meme, popular at that time, helped them in this. The developers used the image of a dog of the Shiba Inu breed as the logo of their cryptocurrency

Surprisingly, the image of the same dog from the meme attracted a lot of attention. Someone began to buy it for fun, someone believed in its prospect – the coin gained popularity. Interestingly, Dogecoin did not have any technical bells and whistles, it was just a fork of Litecoin. The developers wanted to distance their coin from the cue ball, since it was more often associated with drugs and money laundering. Dogecoin was technically reminiscent of Litecoin and was perceived to a greater extent as a frivolous coin.

From the first days of the existence of cryptocurrency, a system was hacked. As a result of this, hackers stole $ 12,000 coins. Such embarrassment from the start of the project could lead to its end, but the developers found a way out. They launched a fundraiser called SaveDogemas, and donations saved the cryptocurrency. So much money was collected that the losses on users’ wallets were fully covered.

The Dogecoin phenomenon is explained by the fact that the coin appeared at a very good moment. It arose in the hype war, as it combined the popular blockchain technology and everyone’s favorite meme. Thanks to this, the dummy coin was able to overtake many cryptocurrencies with more interesting technical solutions in terms of capitalization.

Earning on the Dogecoin course was already a lot of opportunities. Despite the fact that the project is not technically remarkable, the coin managed to please the jumps of the course. A few days after the start, she managed to rise in price by 300%! Although the coin lingered at the mark for a short time, it was possible to earn lightly for several days. Another growth of the coin occurred already in 2014, and the maximum price was noted in 2018. Then the course jumped to a record $ 0.015 for 1 Dogecoin (DOGE).

As for the lowest price for a coin, it was celebrated in August 2014. One DOGE was quoted at $ 0.000110. Today, cryptocurrency, like the entire market, is not in the best position. 1 DOGE at the time of writing is available for $ 0.0027. At the same time, the cryptocurrency capitalization reaches $ 328 million, which allows it to enter the TOP-30 of the largest digital currencies.

What are the prospects for Dogecoin (DOGE)?

Cryptocurrency, created as a joke, recently seems more and more promising. The coin has long been predicted to end and oblivion, but in practice this did not happen. The coin has existed for 6 years and does not think to disappear anywhere, moreover, it is set for development. Ethereum is actively collaborating with Dogecoin in the development of the ambitious Dogethereum project. Investors have high hopes for this event and expect that the coin may well reach the price of 1 dollar.

On the other hand, there are pessimists who are confident that DOGE has no prospects for great growth. After all, even despite the technologies that will be implemented in the future, not many people take a coin seriously. Dogecoin has a reputation for being a “comic” coin; not everyone prefers it to other cryptocurrencies. One can only expect how DOGE will affect cooperation with such a serious coin as Ethereum. It is possible that Dogecoin and ETN will help each other and give a new impetus to development.

Our chat in Telegram,